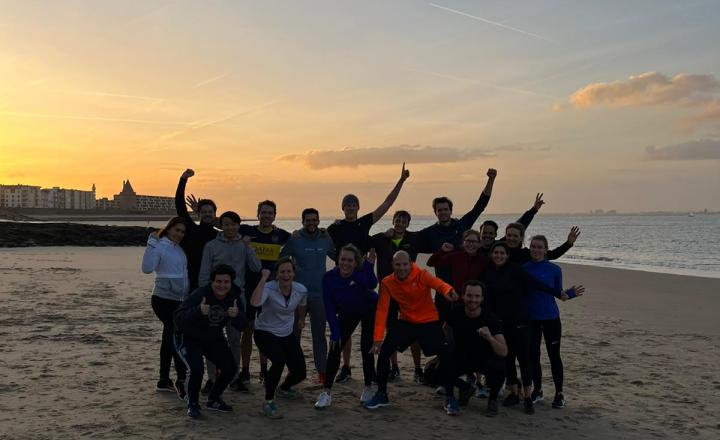 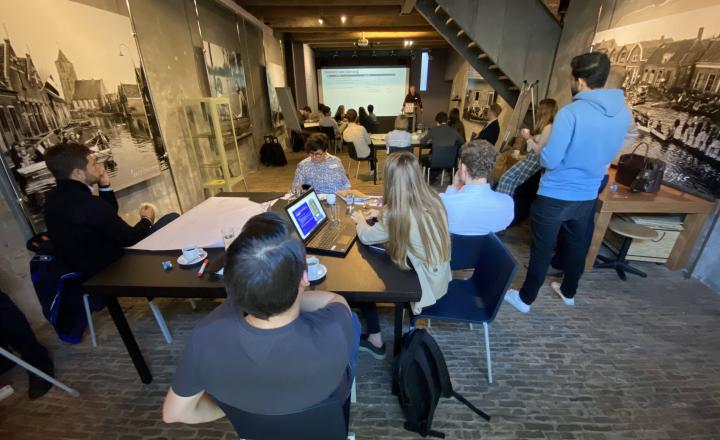 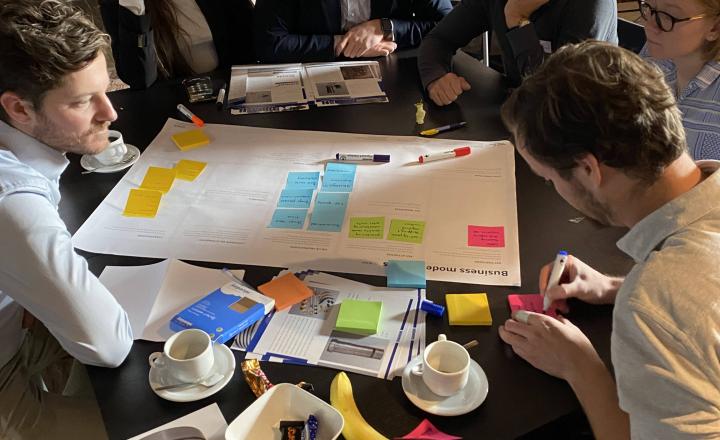 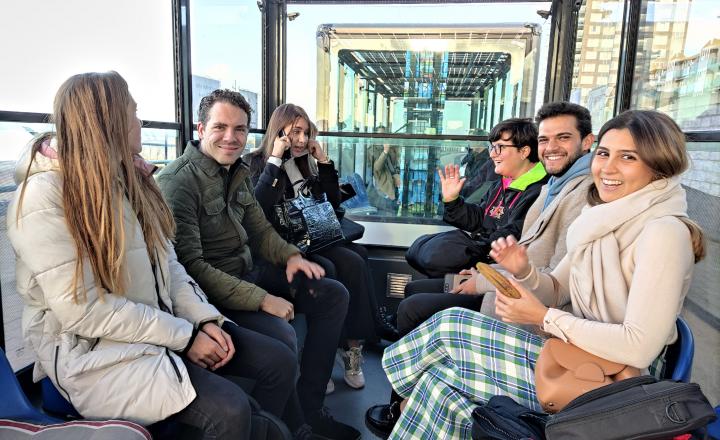 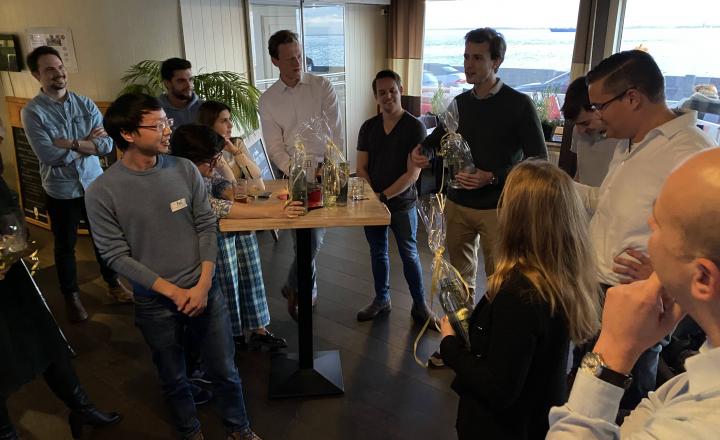 In what way can Damen Schelde Marine Services (DSMS) contribute to a cleaner world? That was the main subject during the sustainability day on Monday, November 8th, organized by Young Damen and DSMS. Young Damen is a networking and knowledge club that exists out of Damen Employees up to the age of 35. There were about 25 Young Damen professionals that had come from all over the country to Vlissingen to have a brainstorm session regarding the sustainability battle of DSMS.

Besides that, they also got to know more about Vlissingen including a very early bootcamp session on the beach - and her Maritime history. DSMS looks back at a successful day filled with fun, but also very educational. It was also the very first ‘live’ event for Young Damen since the Covid-19 outbreak almost two years ago.

In what way can Damen Schelde Marine Services (DSMS) contribute to making our planet more sustainable? An interesting and sensible question for a company that supplies parts and services for Marine Diesel Engines all over the world. The international shipping is one of the most efficient forms of transport worldwide, but building and keeping the vessels going costs a lot of raw materials and energy and is associated with harmful emissions.
During the sustainability day ‘The Sustainable Future of Damen Schelde Marine Services’, the Young Damen members gathered in groups and discussed the following question: ‘What steps can and should DSMS take on short, middle and long term to follow a sustainable path’? With the goal being the most sustainable company within the industry by 2030. At the end of the day the best presented idea would be rewarded with a prize. 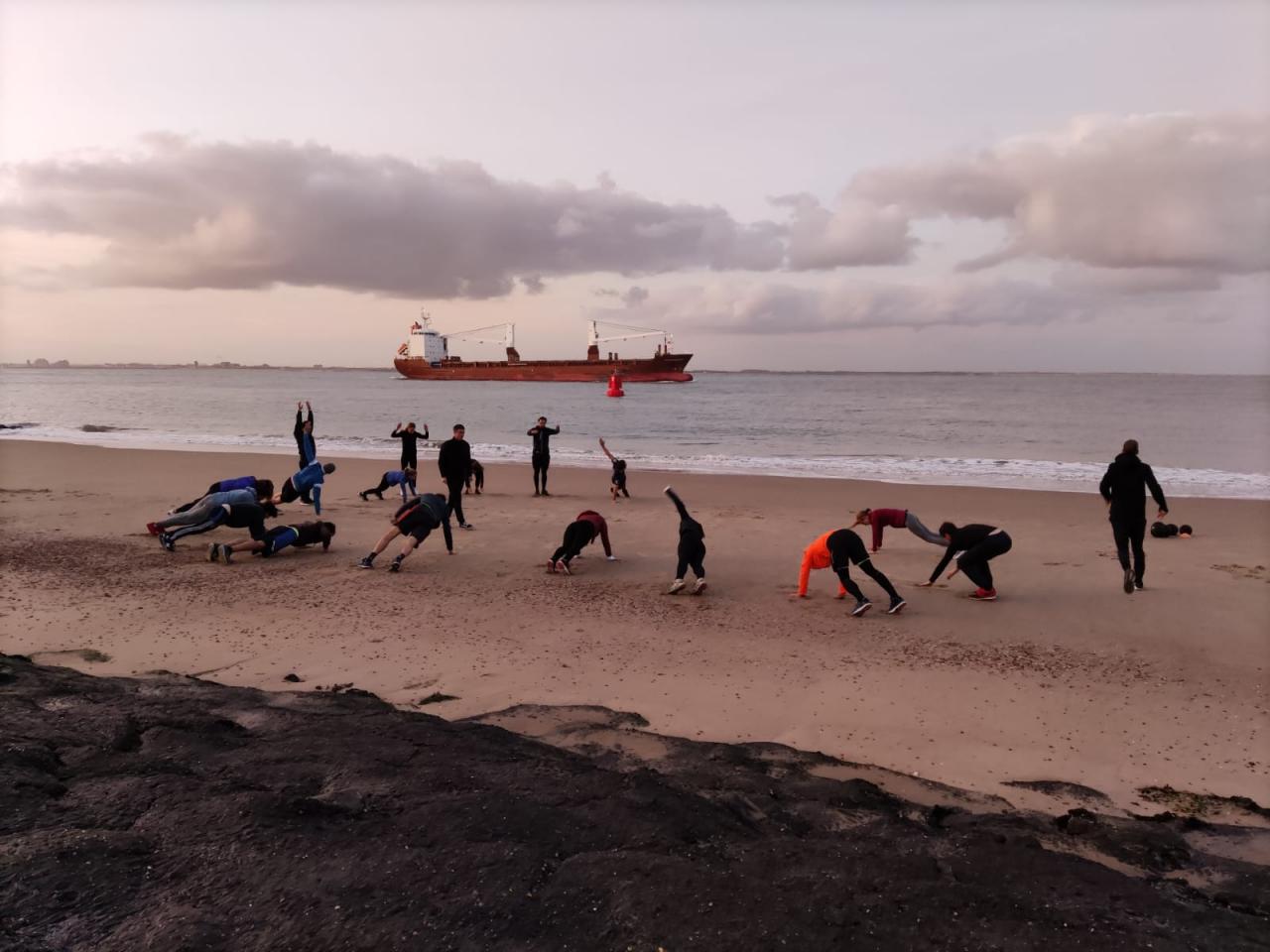 The Young Damen members arrived in Vlissingen on Sunday, November 7th. At the hotel they got to know each other a bit better during dinner and the other activities. Managing Director, Arnold Suijkerbuijk, started the evening with a short welcome speech. After dinner Young Damen gave a presentation over strategic brainstorming and everyone’s knowledge got tested with a pub quiz about DSMS, Vlissingen and shipyard ‘De Schelde’ where DSMS originates.

Early Monday morning the day started with a bootcamp on the beach. Some of the participants even took a swim in the sea. One of them was organiser Josine Glerum, who has worked for Sales & Marketing for DSMS since August. ‘The bootcamp at the beach was a teambuilding activity and a good start of the day’. The ‘Zonnetrein’ (Solar Train, sustainable and local transport. It fits right in with the theme of the day) transporter the Young Damen members to DSMS. Here they met the DSMS team and got a tour of the company. Including a tour through the warehouse where more than 10.000 parts are stored and more than 100.000 items are received and shipped every year. This way all the Young Damen members had a good view of DSMS.

Around 10 o’clock in the morning the group went, again by ‘Zonnetrein’, to the Zeeuws Maritime MuSEAum. Here the sustainability day started in the warehouses of the museum. In groups the Young Damen members brainstormed about the case, a process that was led in the right direction by the board of Young Damen.

During the lunch break there was room for a museum tour led by Vlissinger, Niek Peters. During this tour the Young Damen members learned a lot about the rich maritime- and shipbuilding history of the city Vlissingen.  At the end of the afternoon, each group was allowed to explain their idea for a sustainability plan for DSMS in a five-minute presentation. Every idea presented had to be feasible in the short, middle and long-term future.

The plans were judged on creativity, feasibility and profitability and after careful deliberation the jury - consisting out of the Management Team members of DSMS – selected the Smart and Sustainable future team as the winners. ‘They scored the highest on all three points and had the most complete idea’, Arnold complimented the winners. ‘This team sketched a future situation where all processes were involved where we as company are involved, while preserving the identity and core values of DSMS’.

But the jury noticed that the other teams had come up with very creative solutions too. In terms of feasibility and profitability, according to the jury, the ideas became feasible especially in the somewhat long term. ‘The plans outlined a vision of where DSMS could be standing by 2030’, Arnold said.

Arnold thinks that DSMS can make a sustainable step as a company in the future by ‘developing and gathering the right knowledge’. ‘In theory, you could think of the application of the parts-as-a-service concept, in which the complete parts process on board ship would be managed by DSMS for a predetermined fee or in the form of a subscription’.

Sustainability is an issue that Arnold deals with daily. ‘There are about 90.000 commercial vessels worldwide that sail the seas, all of which have to be supplied with (engine) parts. All the proposals and insight that the Young Damen Team have provided shows that the solution to the environmental impact must be found in the area of productions and transport of these parts. DSMS has the task of producing more efficiently in the future and shipping the parts more sustainably and under less time pressure. During the sustainability day a seed has been planted for a sustainable future for our company.’